TOKYO – 30 July 2021 – Port of Rotterdam Authority, Koole Terminals, Chiyoda Corporation and Mitsubishi Corporation have signed an agreement to a joint study on the feasibility of a commercial-scale import of hydrogen from overseas sources to one of Koole’s terminals in the port of Rotterdam utilizing Chiyoda’s proven hydrogen storage and transportation technology SPERA Hydrogen™. 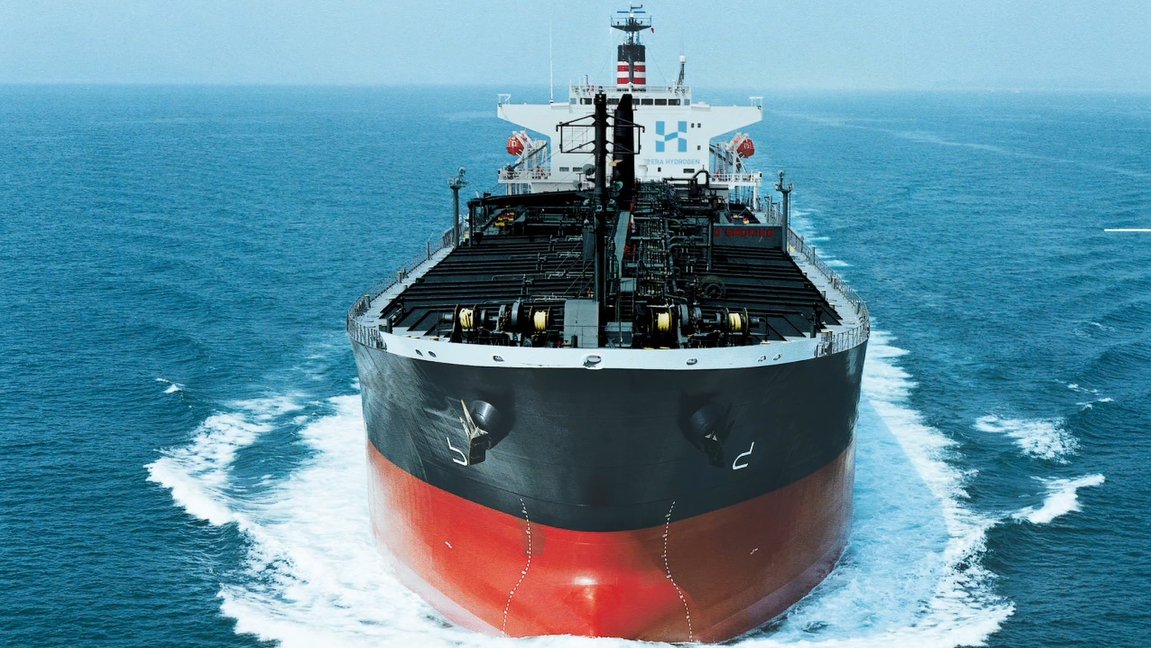 Northwest-Europe will have to import hydrogen on a large scale to become net zero CO2 emission. The Port of Rotterdam Authority is therefore looking at ways to set up new hydrogen supply chains from countries where hydrogen can be produced and supplied cost-effectively. Several companies in Rotterdam, such as Koole Terminals, are highly interested in this rapidly developing new business and are making plans to innovate their existing facilities and/or build new ones. The Port of Rotterdam Authority is supporting such activities.

Shipping hydrogen is more challenging than shipping oil or coal. One option is for it to be made liquid by cryogenic process to minus 253 degrees, another is to transform it into a carrier, like ammonia or methanol or lastly it could be chemically combined in a so called liquid organic hydrogen carrier (LOHC) (*1).

Methylcyclohexane (MCH) (*2) is a LOHC. It maintains a stable liquid state under ambient temperature and pressure. As a means of storage and transportation of hydrogen, MCH is comparable with petroleum and petrochemical production in terms of the risks involved. Chiyoda Corporation has developed the SPERA Hydrogen technology to release hydrogen from MCH. MCH is produced from toluene through hydrogenation process. When hydrogen is generated from MCH, toluene produced simultaneously, which can be shipped back to be used as material of MCH again. 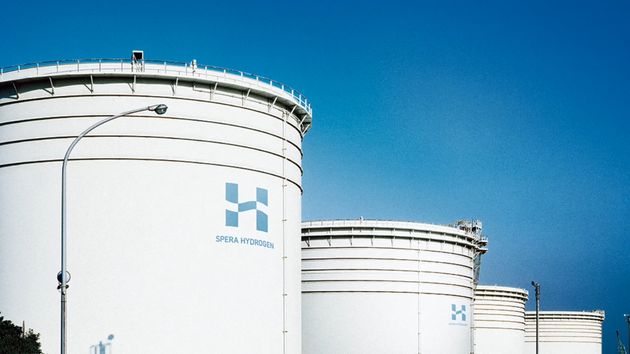 In 2020 Chiyoda Corporation, Mitsubishi Corporation and MITSUI & CO., LTD. and Nippon Yusen Kabushiki Kaisha successfully completed the demonstration project of the long distance transportation (5000km) and storage of hydrogen using Chiyoda Corporation’s SPERA Hydrogen technology by producing MCH in Brunei, shipping it to Japan and shipping toluene back to Brunei. This was the world’s very first global hydrogen supply chain project proving the technical readiness for commercial use. SPERA Hydrogen is expected to play an important role in the realization of commercial scale hydrogen supply chains globally and contribute to global carbon neutrality in 2050. One of the major advantages of MCH over liquid hydrogen and ammonia as a hydrogen carrier is that it makes use of existing infrastructure and vessels, and is easier to handle.

Now Port of Rotterdam Authority, Koole Terminals, Chiyoda Corporation and Mitsubishi Corporation, are conducting a joint study on the large scale import of hydrogen. The Port of Rotterdam Authority will provide a matchmaking role for major hydrogen end-users in Northwest Europe and competitive oversea hydrogen suppliers and support for materializing the project. Koole Terminals will pursue ways to innovate its terminal facilities and support development of onward transport to their end-users. Chiyoda Corporation will be the technology provider for the project and Mitsubishi Corporation, as one of Japan’s top trading and investment company in the field of energy industry, will lead the commercial development of the project to make the overall hydrogen supply chain commercially viable.

An organic compound that can absorb and release hydrogen through chemical reactions.

A liquid produced from toluene and hydrogen, which can be in a liquid state from -130°C to 100°C, therefore, can be handled as a liquid under ambient temperature and pressure. It is widely used in many fields and products, for instance a solvent for correction fluids (liquid paper) is one of the examples. MCH is one of the promising LOHC for the stable storage and transport of large amounts of hydrogen.

Attached are images of a chemical tanker conveying methylcyclohexane (MCH) and of SPERA Hydrogen storage tanks. Also attached is a scheme the production and transport process.

Back to overview
Copyright 2022 Koole Terminals all rights reserved. Manage cookie settings.
We use cookies on our website to give you the most relevant experience by remembering your preferences and repeat visits. By clicking “Accept All”, you consent to the use of ALL the cookies. However, you may visit "Cookie Settings" to provide a controlled consent.
Cookie SettingsAccept All
Manage cookie settings.